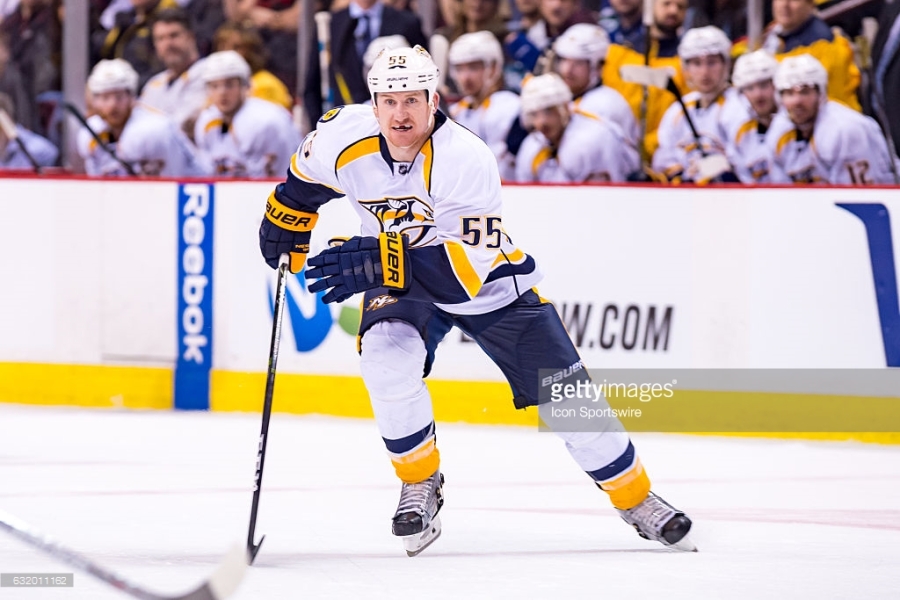 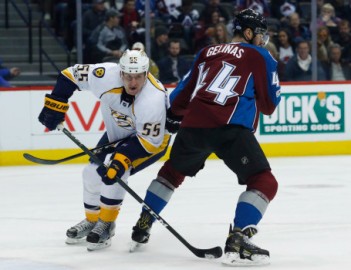 Strange news came to light after I read that a notable tough guy from the Colorado Avalanche was traded. That tough guy is named Cody McLeod and he was sent to the Nashville Predators in exchange for a 2013 4th round pick, Félix Girard, along with the Avalanche retaining 40% of McLeod’s deal. When first looking at the deal, there are a couple of things that stick out right away. First off, Nashville is trying to add a physical presence to their bottom 6 forwards to help recoup the loss of the physicality of Shea Weber. Secondly, the Avalanche are trying to create cap space for future moves since McLeod still has a $1.33 million salary cap hit for this year and next. Third, more details emerged that the Avalanche General Manager, Joe Sakic, sent McLeod to a playoff contender as a thanks for all that he has done for the organization. However, trying to make rational sense of this deal is tough. The way the deal was constructed does not help the Avalanche in my opinion. They retain 40% of McLeod’s deal which in this case does not open up much cap space. That is the part that gets me. If salary was not retained, the deal would look about even. The fact that Sakic is willing to pay a player no longer on his team when trying to rebuild shocks me. If Sakic wanted to really help his organization, he would have found a suitor that would take the full cap value. There are many teams that could use a physical player in their lineup. That is the reason why, in my opinion, the Predators have won this deal. The Preds get a physical guy that they desperately need and the Avalanche get an AHL player who has really struggled this year. I know it is a business and I do get the favor Sakic did for McLeod, but in this case Sakic should be more worried about rebuilding the mess he has in front of him on the ice. Oh and by the way Cody scored in his first game as a Predator against his old team to help defeat the Avalanche 3 -2. It is going to be a long rebuild if Sakic keeps trying to do deals like this.