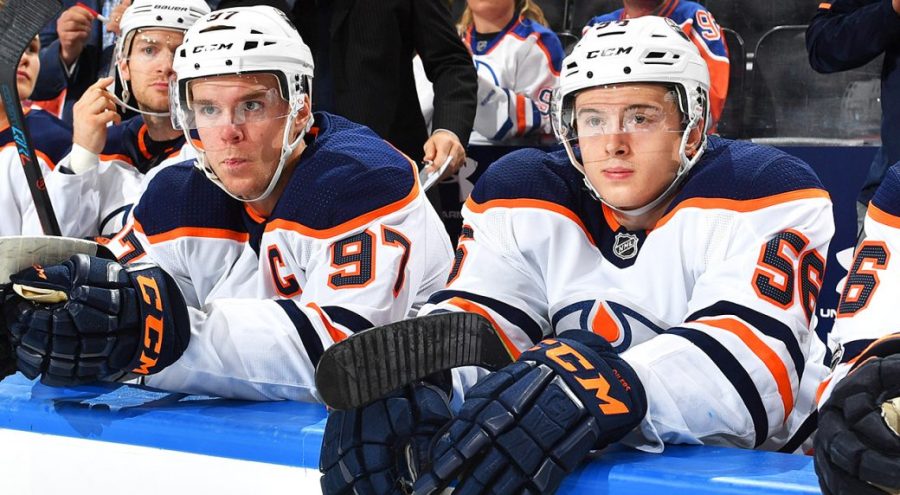 This week’s Eyes On focuses on the Edmonton Oilers. This Oilers team took a big step back this past season. They had elevated expectations going into the season after a playoff run that resulted in a heart-breaking loss to the Anaheim Ducks. It looked like the Oilers were finally trending in the right direction. However, the 2017-18 season turned out completely different.

During the summer of 2017, the Oilers finally picked outside the top 10 in the draft. Their pick was 22nd overall and when it was their time to pick, there were a couple of names on the board such as Ryan Poehling, Morgan Frost, Eeli Tolvanen, and Kailer Yamamoto. As you know, the result speaks for itself. Yamamoto was taken with the 22nd pick.

The five-foot-eight-inch forward was scooped up quickly at the 22nd pick. Yamamoto is an interesting player. He has many different weapons to his game. One of the strongest areas to his game is his vision. The way he can find players when he has the puck is astounding. The highlight below shows Yamamoto making some sweet passes that help put the puck in the back of the net.

Look at the play after the video starts. It’s the first pass on the clip. The puck is moved up to Yamamoto on the boards and he quickly scoops it up. The pressure starts to come at him, forcing him back down the boards into the corner. Yamamoto uses quick thinking and with his vision, he sees a teammate out of the corner of his eye.

His teammate is wide open on the far side of the ice. He quickly transitions the puck to his back-hand and makes a perfect pass across the slot. His teammate finishes the play off with a one-timer and puts the puck in the back of the net. That play is extremely difficult to execute especially having to line it up perfectly for a one-time shot. It is rare to find a player that has the vision and passing ability to make that play.

Another area of his game that will help the Oilers in the future is his slickness. Now, you are probably asking, what do you mean by slickness? Many players in hockey are defined as slippery or being slick. This means that it is difficult to get the puck off the player since he is always avoiding contact and anything that comes in his way. He is like a melted stick of butter than you can’t grasp no matter how hard you try. It’s a weird analogy but you get the point. A lot of his skill is thanks to his size. Like stated above, he is a small hockey player.

In this clip above, Yamamoto receives the pass and uses his body to protect the puck. The opposing defensemen leans on him but can not get to the puck. He quickly drops the puck off and drives the net. The shot misses the net, but the most important part of this play is that the defenseman can’t get good position on Yamamoto to box him out. Yamamoto eventually scores the goal, but it was not until after the defensemen lost him. It is a small but good example of how slippery Yamamoto can be.

One last area to look at in Yamamoto’s game would be his hands. His hands help create time and space for him and his teammates. It is a feature you must have if you want to be considered to play alongside Connor McDavid and flourish.

This Oilers club has had many ups and down in the recent past. The biggest question with Yamamoto is, does he make the team this year? From the moves made this offseason, he will have to fight for his spot on the team. This makes him a bubble player. The biggest mistake the Oilers can do with Yamamoto is to have him bounce up and down between the NHL and AHL. Usually, when that happens, development can be stalled. He needs to get ice time at one level and for him to stay there.

It just does not look like there is room on the NHL roster for him to be playing every day. He will have to have an amazing camp to make the team full time. Either way, he will eventually be playing on McDavid’s wing in the future. His skill set is a perfect complement to McDavid’s game and will finally fill the void that Taylor Hall left.