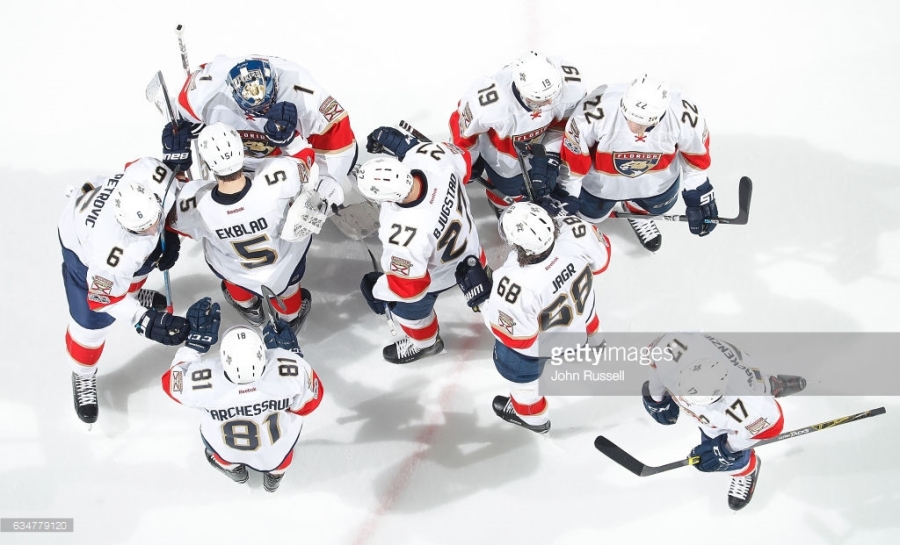 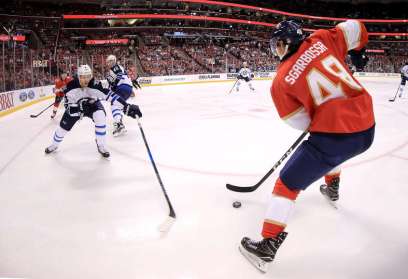 Earlier this year the Florida Panthers were making headlines but for all the wrong reasons. Gerard Gallant was fired unexpectedly as head coach and it triggering an outcry all over the hockey world. The front office was criticized for the firing of a coach who was not only a Jack Adams Award finalist but who led the team to the playoffs in the previous year. After this mess, the General Manager, Tom Rowe, took over the head coaching duties which forced Dale Tallon, the former general manager and current president of hockey operations, to return to his old job as general manager. In spite of this turmoil and questionable decision making, the team is currently sitting in the middle of the playoff hunt as the NHL season passes its midway point. They have posted eight victories in the past nine games. Its core players of Alex Petrovic, Johnathan Huberdeau, and Aleksander Barkov have returned to the lineup. All three missed significant ice time and the product on the ice showed. Now with solid goaltending from Roberto Luongo and a reinforced defensive core as well as forward core, this team can be a legitimate contender to make the playoffs, possible sneaking into the last wild card spot. However, it will not be easy since they have to battle the Islanders, Bruins, Flyers, and Leafs for the last wild card spot or third place in their division. Hopefully the chemistry of the Huberdeau, Barkov, and Jagr line can lead the way. Huberdeau has already scored four goals in six games since his return from an achilles tendon injury, picking up where he left off in the playoffs last year. This team has some nice young talent and if the pieces fall into the right place, they can make a push and make the playoffs. If they make the playoffs, the Panthers can prove that last year’s success was not a fluke. For an organization trying to gain traction in a non-traditional hockey market, they desperately need to make it. With the pieces they have and a little bit of luck, they can do it. Besides, it is never a good idea to fall sleep on a panther when it is within striking distance.